Tune in to the Unexpected

It’s not easy to hear God’s voice with today’s background noise. We have news alerts, text messages, Facebook, emails, YouTube, LinkedIn, Twitter, television, the ability to search the web 24/7, phone calls, iPads, and Skype (and I still think I’m missing a few!). We’re getting all types of messages, at all hours of the day, in all manners possible. It could be argued that we’re the most information-rich species to ever have walked on this planet. Yet, in spite of this, we’re often missing the BIG message. Despite being tuned in, we’re completely tuned out!

What would happen if you gave the same kind of riveted attention to God? What would happen if you simply kept checking back on God’s channel to see what was happening next? Perhaps if we all did this, with the same kind of fascination that we pay the top news stories of the day or our Twitter and our Facebook feeds, the terrible news stories would be further and farther in between. If we all tuned in to God, we wouldn’t have horrible events happening at all.

I’ve been talking about the process of conversion lately. How the voice of God has affected different people throughout their lives when they took the time to tune in and listen. In researching conversion stories, I read an account about a self-proclaimed “rabid” atheist, John Shore, who in his darkest hour, found God. It was a powerful story and I’ve included a few slices from it here:

The split-second before I very suddenly became a Christian, I couldn’t possibly have been less of a Christian. If anything, I was anti-Christian. The religion struck me as ridiculously immature, a way-too-obvious system designed mostly to capitalize on people’s guilt…

…it wasn’t like I didn’t believe in anything. I did. I very seriously believed in me. I hadn’t a doubt in the world about the fact that I was somebody truly worthy of my utmost affection and devotion. I was strong, capable, friendly, competent — I was just a general, all-around good guy. I was thirty-eight years old. I’d been happily married for sixteen years. I had a good job. I had friends. People liked me. I liked me…

Then one day I was sitting at my desk at work during a totally typical weekday, feeling regretful about a particularly immature, semi-destructive thing I’d recently done, when this feeling started coming over me that in about four seconds had my undivided attention. The next thing I knew, I was very nearly desperate to be alone somewhere. It felt like warm water was filling me up inside — but downward, starting at just beneath my scalp. Right about when the “water” had moved from my neck to my chest, I knew that whatever was happening to me wasn’t going to stop…

And I could tell it was something spiritual, or psychological — or something basically non-physical. What suddenly became a fact to me was that I’d been fooling myself for so long I’d forgotten the act. I wasn’t the great, honorable person I started out to be, that I’d meant to become — that I actually thought I was. I was just another guy so busy thinking he’s constructing the perfect home that he doesn’t realize how long ago he stopped using a level.

That was a bad, bad moment for me.

And then my legs disappeared from underneath me. I actually fell on my knees.

Looking at my miserable, weak future, straight to my miserable, means-nothing death. It was just me and the cold, hard, gray, flat fact of … me. Which was never going to change. I just did not have the will or means or character to change who I was, which was exactly who I’d always been.

I saw that my life, in any way that could possibly matter, was over.

Then I did something I never, ever do. I started to cry.

So I’m kneeling there, blinded by my sad, stupid little fate, when, from up and off to my left, I hear a disembodied voice say something.

And what that voice said, from up and off to my left somewhere — from offstage, as it were — was, “Isn’t this what Jesus is for?”

And do you know what I knew at that moment — what instantly imprinted itself upon me? That the story of Jesus is historically true. That it happened. That God, desiring above all else to show the people he’d created that he loved them, became a human, and came to earth, and sacrificed himself, and in every way did every thing he possibly could to show people exactly how deeply and terribly he loves them.

That’s what my conversion consisted of: a sudden, sure knowledge that the historical story of Christ is true.

That’s what I love about conversion stories. In many instances, they are completely unexpected. The reception to God, that up until that moment was filled with static and white noise, suddenly becomes clear and crisp and someone, who would otherwise have no emotional tolerance for God’s message, is pushed onto his knees and completely tuned into God’s grace and love.

So the question I have for you is, are you tuned in to the right channel? Are you riveted to the right kinds of messages? It’s time to turn down the white noise and turn up God’s message of joy and peace. Are you ready for it? 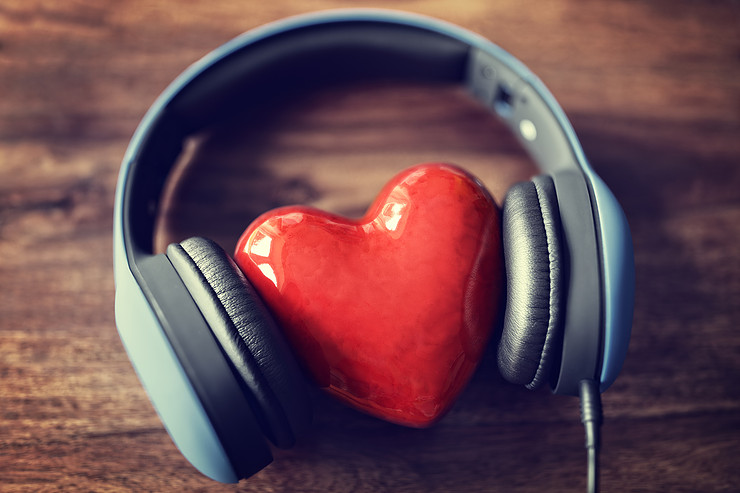